The chart below represents the number of recorded East Baton Rouge Parish REO or Foreclosure Sales within the Greater Baton Rouge MLS, with the exception of Manufactured Housing sales. 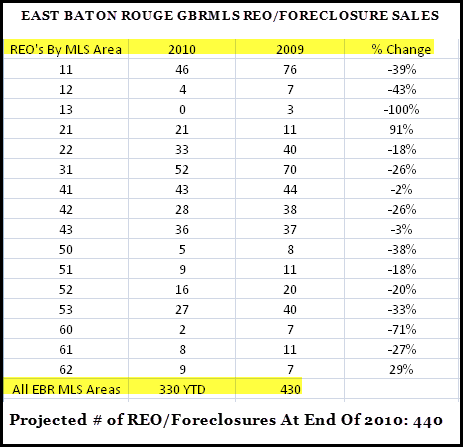 There’s A Major “Cavaet” with the numbers below! Based on a 12% REO sold rate, which does appear to be an indication REOs are negatively impacting this market. It’s also stated here that an article (The Landmines Within by Michael Tarabotto http://activerain.com/blogsview/930436/The-Landmines-Within ) stated that as much as 70% of REOs never make it into the MLS – Meaning that it might be impossible to know or state the exact # of competing REOs if they’re not being listed. MLS is reporting 203 current REO listings for all EBR MLS Areas out of a total 2,795 total listings. So, 7% of all EBR MLS Listings are Foreclosures! 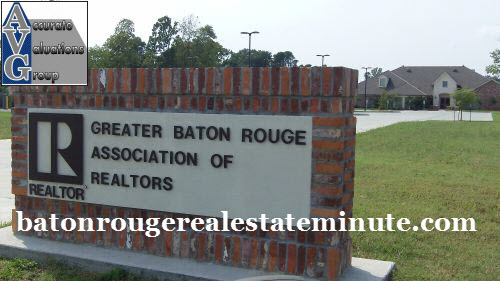 Where Are The 2010 East Baton Rouge Fore closures Taking Place?