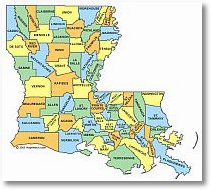 RealtyTrac and Baton Rouge Business Report are reporting that Louisiana ranks 39th for Foreclosures, meaning there are 38 more states in the U.S. that have more foreclosures than we do. BR Business Report stated:

“But rate of home seizures may be outstripping national average: Louisiana ranked 39th among all states and the District of Columbia for the percentage of homes facing foreclosure in the first half of the year. According to RealtyTrac, which tracks foreclosures nationally, one out of 360 homes in the state faced foreclosure during the first six months of the year, compared with the national average of one foreclosure filing per 84 U.S. homes. The state saw a 34% increase in the number of foreclosure filings over the first half of 2008, ahead of the national increase of nearly 15%. But RealtyTrac cautions that the Louisiana increase may not be as high as advertised due to changes and improvements in how the foreclosure information is collected locally.” 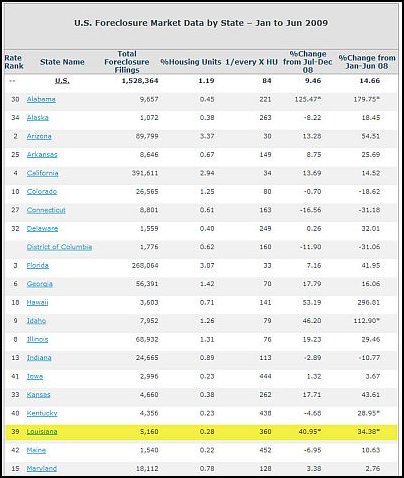 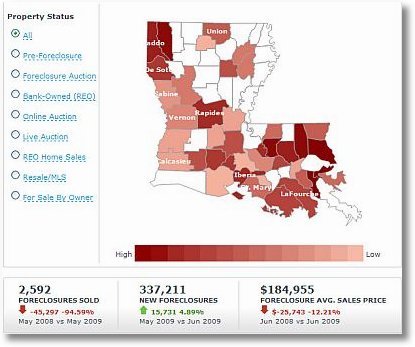