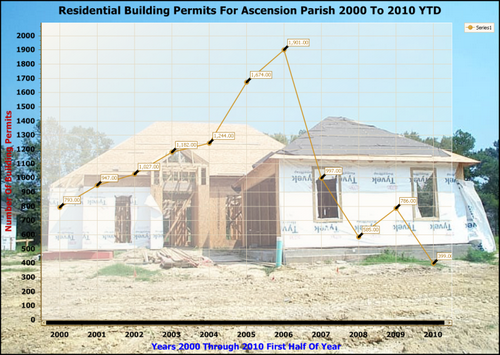 NOTE: This chart can be viewed in a larger scale @ http://www.batonrougerealestatetrends.net/building-permits/

According to Chad Calder‘s The Advocate article below, for the first half of 2010, Ascension has issued approximately 399 permits, which was a 27% rise over 2009. NOTE: IF the pace of first half residential building permits continues throughout 2010, then 2010 will surpass the 786 permits for 2009. However, with the slowdown in new home construction, this is doubtful. It’s believed by this appraiser, which concurs with Chad’s article, that much of the new home construction is taking place within the more affordable markets now, under $200,000 and closer to $100/sf to $110/sf instead of the $136/sf to $150/sf of the elevated 2006-2008 era. 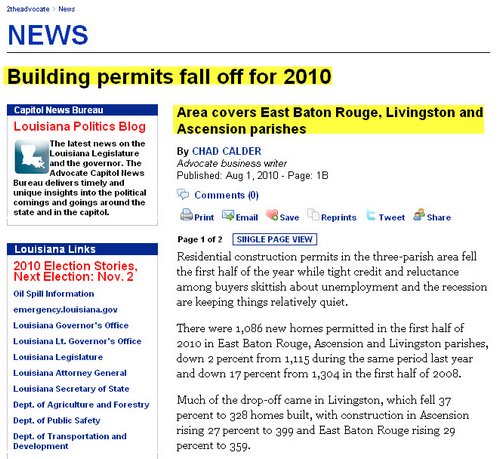 Baton Rouge Appraisals: How Market Conditions Can Mean A Not As Favorable Value For Your Home!