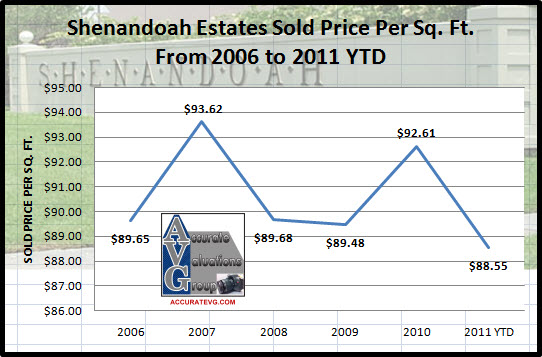 Correcting Average Sold Price and Median Sold Prices. These two (2) charts below show a fairly strong correction in sold prices since 2009 and September 2010. However, Shenandoah Estates is one of the largest subdivisions in Baton Rouge with varying sizes of homes. It did appear from analysis that more of the smaller homes sold in 2011 than in 2010 contributing to the visual declines below. No, I don’t believe it’s at all possible for declines of -19% since September 2010 as the median sold price chart shows. This is why I place the Average Sold Price Per Sq. Ft. chart above first in the series. 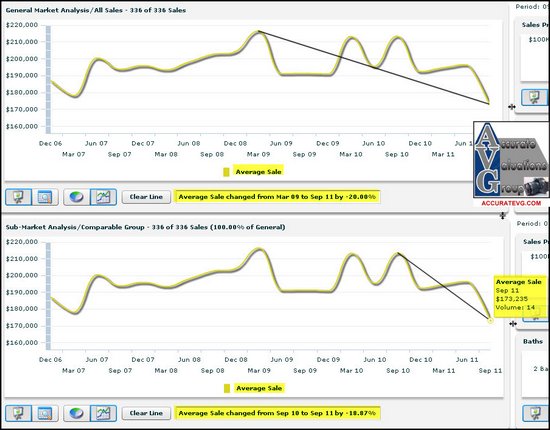 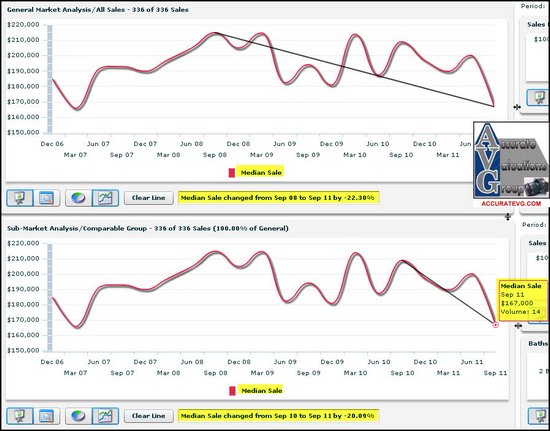 NOTE: Based on information from the Greater Baton Rouge Association of REALTORS®\MLS for the period of January 1, 2006 to September 13, 2011. This information was extracted on 09/13/2011. YES, this appraiser does have the permission of GBRMLS to use the chart above Subdivision Price Trends Report!

VIDEOS: What Are These Baton Rouge Vote For Amendment #1 To Stay Tax Free Signs About?