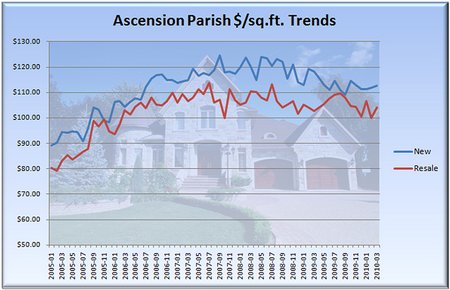 Don makes the statement that he’s not sure if the ASC market is seeing a bottom in declining prices or not and I added this comment on this topic below.

Thank you so much for this update! Points well made and your charting is so awesome!

However, on 3/15/2010, same lender wanted another drive-by appraisal on the same home. This time, the competing market was much worse off. The median sales price from 3/2009 to 3/2010 had declined by -5.56%, this is based on the “submarket” or actual competing homes. There was a 6.8 months supply of competing homes and “19” competing listings. Worse yet was the 94% Listing To Sales Price Decline, a decline of 5%. 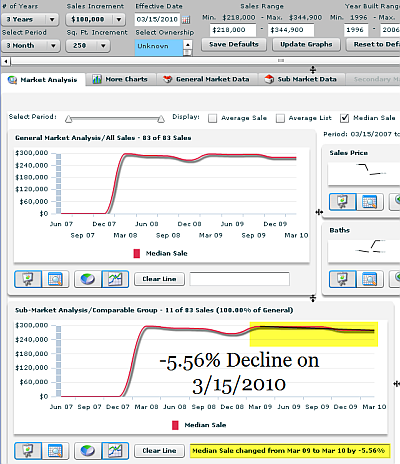 I said that to say that I don’t see much improvement in ASC above $250,000. In fact, I’ve been performing some pre-foreclosure drive by appraisals on some of the upper end homes in ASC (above $300K) in 2009 and 2010, currently have 3 orders to do so in the pipeline. Pricing is still high in that market and I’m seeing subdivisions like Renaissance pricing falling back to more realistic levels. What happened in Acadiana of Ascension is a sign of the times – being finished out with lowered priced homes that locals can actually afford.